Plan was to wake early and hit Dubrovnik early but we faffed around setting our bikes up, which we didn’t do the night before in the airport. 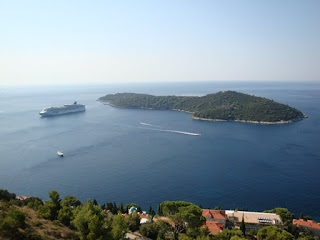 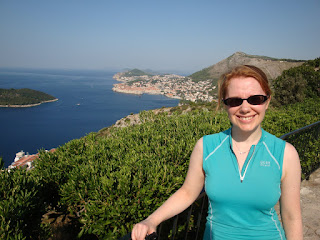 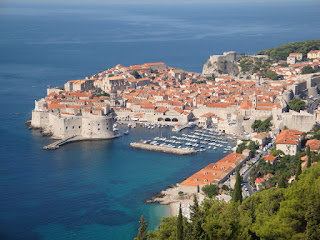 The road into Dubrovnik was busy because it was rush hour. But we were given plenty space on the road and sometimes even a friendly toot to let us know that they were coming.

We spotted and passed a couple touring on the same route, he with back panniers and a bob trailer and her with just back panniers. In Dubrovnik at the Ploče Gate we spotted them again, and learned that they were French, not sure from where to where they are touring. They were also trying to get their bikes into the old city. I did read the night before that you can’t take your bikes into town which anyway will be hard to move your fully loaded touring bike up and down the steep steps which cover half of the town. So we locked them up outside in a hidden corner and hoped for the best. 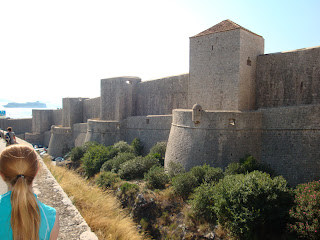 Dubrovnik is still as amazing as I can remember from 20 or so years ago. We walked around for 20 min before hunger kicked in and we got some food. A very meaty lasagna for me, well it did say meat lasagna on the menu. And a pasta with vegetables for Peli who could not complain about the lack of them in this big dish of nomnom. 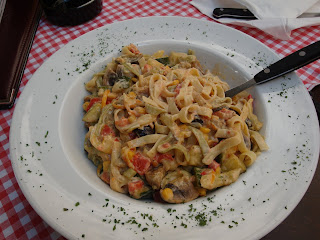 Two dinners out and we have stuffed ourselves with wonderful delicious food, just as I remembered. After the food we had a quick wander around this beautiful town, even in the low end of the season it was packed with tourists and hot before noon. 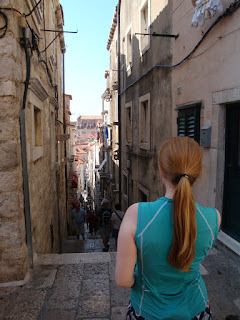 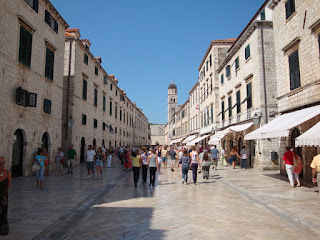 We then headed out of town north towards Split, only 230’ish km to go. The first bit was busy roads but it quietened down as we went along. 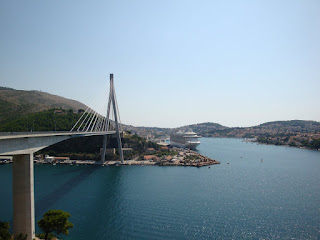 The temperature hit 40c in the sun and we were running out of water as we neared the day’s destination, Slano. The research I did told me that there would be two campsites in the bay. Though even with a few miles in our legs we had soon figured out that we should not have a problem with finding a campsite on the Croatian coast. And in the tourist information in Slano, they told us that there are 5 campsites in the Slano bay area. 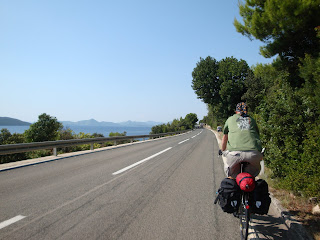 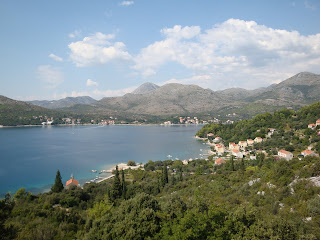 We arrived at Kamp Rogač around 15:00 and pitched up in a corner and headed into the sea for a swim. After a quick shower I’m now sitting here in the shade typing this up while listing to the thunder storm going on in the mountains behind me, bliss. 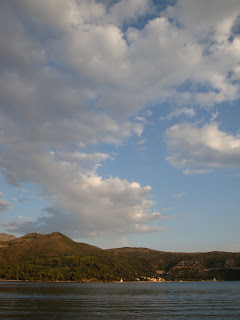 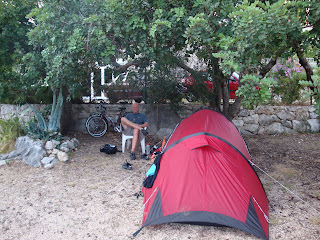 We headed into town and found a shop and got a few things for dinner for tonight and breakfast and lunch tomorrow. In one of the bars in Slona we spotted two men touring, studying their maps over a cold pivo. We had a quite an early night, lights off was shortly after eight.  We were woken up a few times doing the night because of the wind in the tent. And not ours. Nice and quite nothing to hear for ten or so minutes then a massive gust for ten or so seconds and then repeat.
I understand the reason why, as the air cools down over the sea and mountains it starts to move around, lacking the technical explanations, but why the massive gusts?