Traveling in true Peli and woolly style we hunted for maps on the day of departure. And while doing so I had a wee bit of panic since the maps didn’t show a road where google maps told me there was. So I spend an hour in Borders book store with 3-4 maps spread out on the floor comparing scale and routes. But after seeing the mountain roads in Wales and a look at very detailed map, I got a funny feeling that the road which wasn’t there would have been there and fine to ride along. If that makes sense. 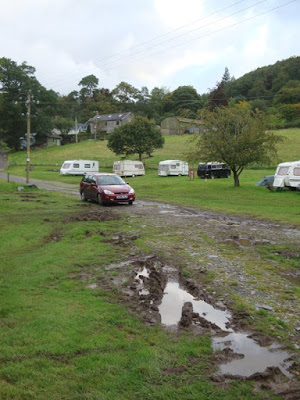 With some train changes we arrived in Machynlleth in the dark, but we found the campsite, Llwyngwern Farm, very easily. Hunted around in the muddy field and found the least wet pitch we could find and made for bed. Only to be woken up a few times during the night by the owls twitting away ;) I wonder if they were following Stephen Fry? 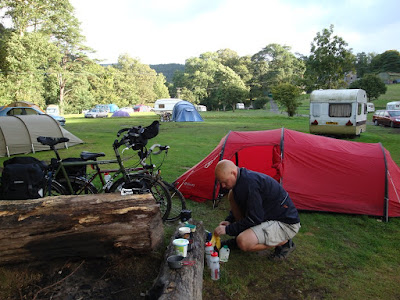 We got up at around 8am and cooked up a storm on our newly acquired Jetboil. The menu was two teas, porridge with raisins and some quick noodles. Nom. 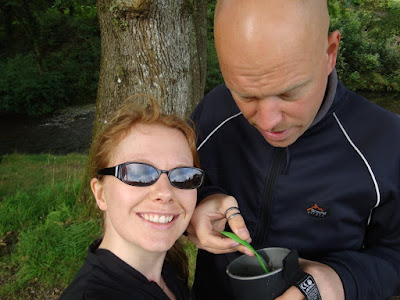 After packing up we headed to the CAT (Centre for Alternative Technology) and its water powered funicular. If you arrive by train to Machynlleth you can get a discount on your ticket, which is a blooming good deal. We did not stay to take the 2pm tour but borrowed some headsets which would tell us what is what when you punched in the magic number next to the different part of the centre. 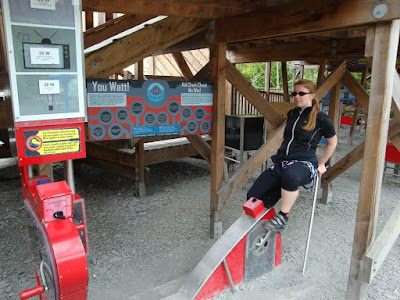 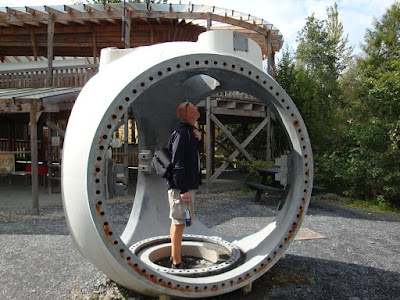 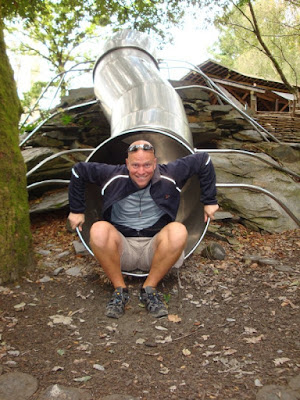 CAT clearly has it right we do need to do something and it can be done if we all help. How that works I need to find my soapbox first, but let’s save that for an other day :) We went into the wholefood, veggie cafe and had a great peanut butter and banana cake with a cup of tea yumyum. They even kindly wrapped a couple of baps for us for later, one egg and one mushroom pate.

We then spent the few hours on the A487 road towards Aberystwyth but made good time. We arrived in Tal-y-bont where there was a horse show on and two (insert colour of your choice) lions pubs. For some reason Wales do like their lion pubs, every town has at least one. 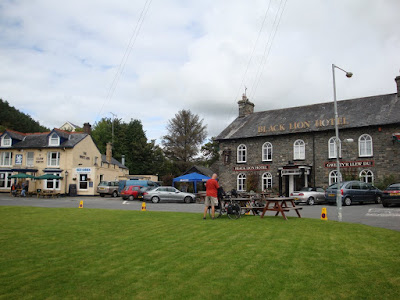 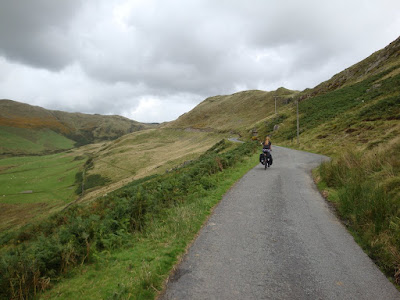 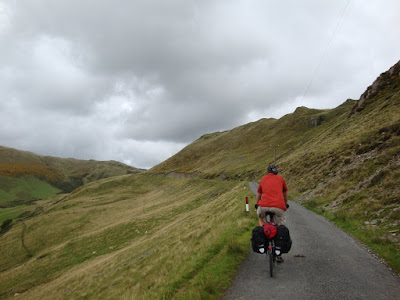 We then climbed up and over to Nant-y-Moch Reservoir again on beautifully surfaced roads. It was pretty much raining on and off and because of the heat our waterproofs were wet on the inside too. But the temperature was nice and warm and the workout up and over the hills kept us warm. 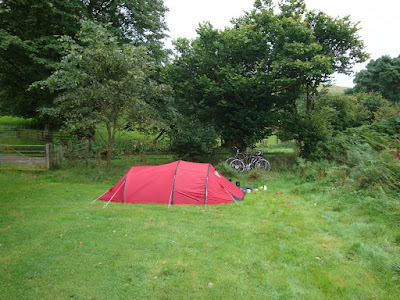 We arrived at Woodlands Caravan Park in Devils Bridge around 16:00 and were greeted with a smile. Though the kick was that we had yet another steep hill to climb before we could pitch our tent. The very friendly staff recommended the cheesy lasagna at the Hadfod Hotel just over the Devils Bridge. Which was very yumyum and worth the one hour wait, since we arrived an hour before the kitchen opened. Peli had veggie bangers and mash which was also good. 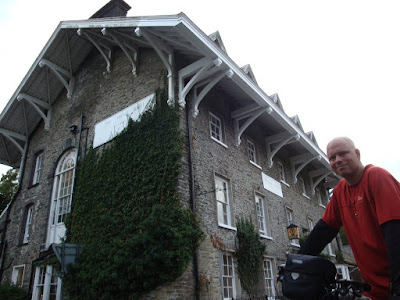 We then headed back to bed, oh the joy of having Exped Downmats and Alpkit “hug in a bag” SkyeHigh 800 sleeping bags, we did not feel the cold and damp ground and were tucked up in bed just like a frog in a sock.