Home Cycle Touring In search of a cup of TEA, Part III

We woke up again early because even nature doesn’t sleep in on a Sunday. While we had our breakfast we were listing to the “next doors”, a group of young kids doing their Duke of Edinburgh. Their leader had a hard time getting the lads out of their sleeping bag and they got on their way 30min late.

Peli decided to have a little spin at nine am, around 8miles, while I lazed around in the sun and tent. Just after we packed our tent up, we had our second breakfast in the sunshine, ain’t life great. 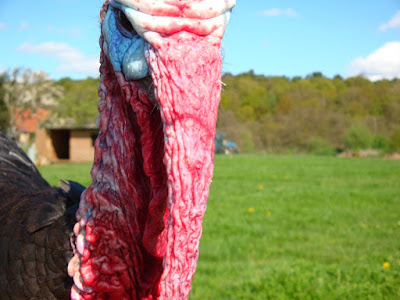 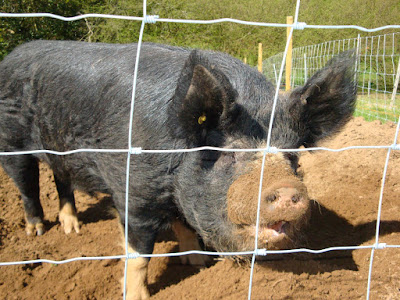 I had a little walk around the farm and had a look at the livestock, and honestly I can’t say they are cute but they are good fun to look at. The turkey (where is my cranberry jam ?) came right up the the fence and made itself as big it would and ruffled its feathers, which sounded like someone going through their stuff in a plastic bag. 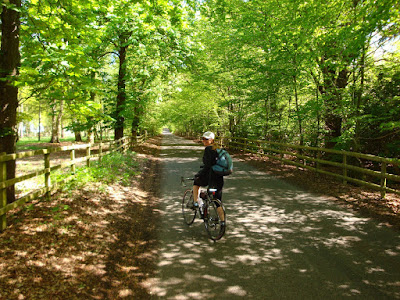 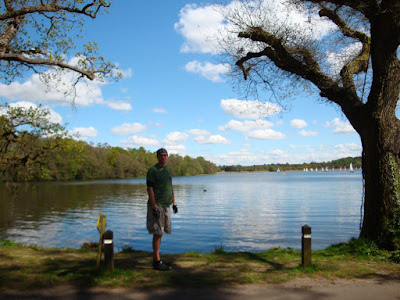 We then headed out for our longest leg of the weekend a whole 9.9 miles!!! Along the way we rode through some more beautiful countryside. The locals didn’t get annoyed with our slow speed, I’m sure that it is because around every corner there was a stables, so they are used to the horses or farm vehicles. 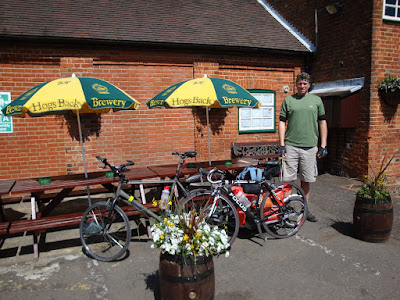 After a grueling 27 miles and nearly 3 days of hard riding we found TEA, hurray ! That is the Hogs Back Brewery which brews the Traditional English Ale, get it? T.E.A. 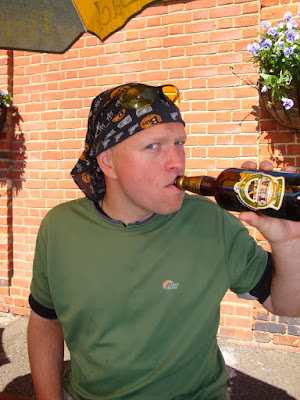 I sadly missed out on a tour of the brewery since it was booked fully up, but I did have a little wander around and had quick peek into the brewery. Though it was hard enough for me to stand still in the shop. I was somewhat sad that that there was no more space in the trailer because I would have pulled a hernia, dragging that load to Farnham train station. 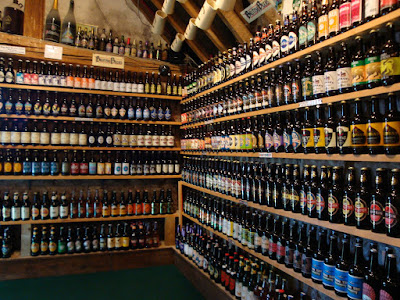 Though I did find room for a TEA (Traditional English Ale, 500ml, ABV 4.2%), which I duly drank on the spot while we had our lunch. And a small “A Over T” (Aromas Over Tongham, 275ml, ABV 9.0%) and a Hareraiser (500ml, ABV 4.2%) which is brewed to celebrate 50 years of Surrey Wildlife Trust. And a pot of rather nice Real Ale and Apple Chutney, made with Wobble Real ale, which we used our tyre levers to spread onto our sandwiches. 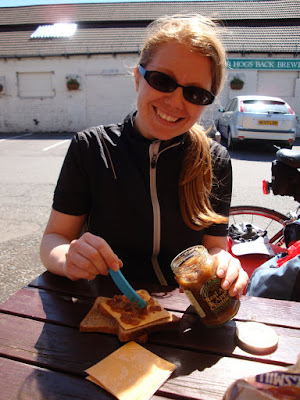 This is the route and here is some more pictures

Click here to read Part I and Part II